How to display the picture from more than one camera

Most CCTV systems deploy several cameras so a method is required to view and record the images. Simple, says the professional, use a video switcher, a quad or a multiplexer. The good professional will survey your property and advise accordingly. Here are the simple benefits of each system. 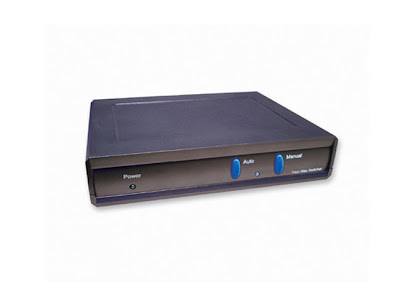 Switcher
A CCTV switcher is a unit that changes between camera pictures one at a time, the output being viewed on a monitor or passed to the recording device. As switchers can use any VCR to record in true real-time, the pictures which are captured can be of a very high quality. Many professionals under-rate switchers. The fact that they provide true real-time recording unlike a snapshot from a multiplexer means they provide a superior picture quality. This can sometimes outweigh the disadvantages that switchers can only record one picture at a time.

When to use a switcher
Use for low cost systems

Quadsplitters
Quad units enable 4 camera pictures to be displayed on a screen simultaneously.

When to use a quadsplitter
They are useful where it is necessary to monitor several areas at the same time. As with a switcher, what is seen on the monitor is the picture that is recorded on the VCR. 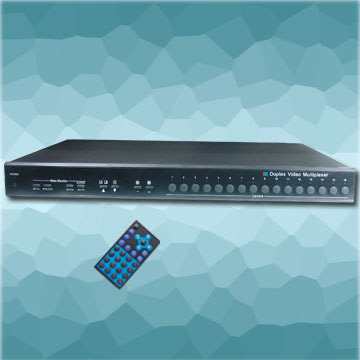 Multiplexers
A multiplexer allows simultaneous recording of multiple full-sized camera pictures on to one VCR tape providing more comprehensive recorded surveillance than with a switcher or a quadsplitter. Most have variable display options such as quad and picture in a picture allowing flexible surveillance of more than one camera at once.

When to use a multiplexer
Generally use when a high degree of surveillance is required and it is necessary to record full-size pictures from a number of cameras at the same time.

Advantages - Records all camera pictures full size on one tape - gives better monitoring of areas simultaneously - enables large areas to be monitored without losing surveillance due to camera switching time.

Disadvantages - Does not record in real time - Raises the overall cost of the system.

Video multiplexers overcome the problems of both switchers and screen splitters. The pictures from the cameras arrive at the multiplexer unsynchronised. i.e. they all start and end their picture at different times.

Multiplexers digitally grab pictures from each camera in turn and feed them out to a video recorder at exactly the correct rate for them to be recorded reliably. Hence, up to 50 different pictures can be recorded every second and from any of the cameras connected to the multiplexer.

There are three main functions a video multiplexer can perform:
Encoding - taking a single picture from each camera in turn and feeding it out to a video recorder in rapid succession.

Multi-screen - showing live pictures in many different formats including PIP (picture in a picture) and split screen up to 16 ways.

Simplex - capable of performing any one of the above functions at any one time.

Duplex - capable of performing any two of the above functions at any one time (normally encoding of cameras and generating a live multi-screen picture).
Duplex multiplexers can simultaneously record and play back but this will require two video recorders.

Triplex - capable of performing all three functions at the same time (simultaneous recording and playback of cameras and a multi-screen display with both live and playback images). This allows the operator to keep monitoring the site whilst reviewing previously recorded tapes.


Added Functions of Multiplexers
Since the images are digitised it is easy to add the function of motion detect. Most multiplexers also offer alarm input and output modes.
Posted by Louis Ong at 1:02 AM